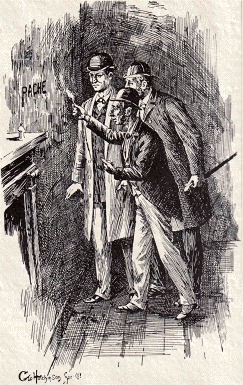 I’ve always felt a little guilt for being able to take out enough time to read. Like everyone else who works in technology, a majority of my reading included documentation, user guides, product manuals and reviews. One of the things on my list for 2016 was to read more books. I also wanted to document my reading as a personal reference to look back and set the pace for 2017, hence the post. It is not intended to be review or a recommendation but merely a chronology of my reading journey in 2016.

The classics always challenge me, specially the original works. However once I get started, I grow into it.

A Study In Scarlet — The first book / story in the Sherlock Holmes series by Author Conan Doyle which establishes the characters Dr Watson as the narrator and Mr. Holmes as the “consulting detective” and 221 B baker street as the “hub”. A masterpiece that spans across three continents and two time periods. I had to read this with the daughter so I ended up reading it first myself.

The Sign Of The Four — Novel number two from Author Conan Doyle in the Sherlock Holmes series. I got so hooked on after reading the first one, that I could not resist the temptation of starting this one. I am glad I did. An equally brilliant and slightly fast paced masterpiece set in the 19th century British India.

Though I had read different versions of both the novels few times before, re doing the original works still had me as intrigued as the first time I read them.

I don’t do fantasy much, but when I do it’s likely to be Harry Potter related.

Fantastic Beasts & Where To Find Them — A squeal to the Harry Potter series, J.K. Rowling spins up a fantastic novel of magic, thrill, spectacular characters and a hint of “Potterland”. Being a Harry Potter fan, I knew that I would eventually end up watching the movie. As with other Potter movies, I wanted to the book beforehand. If you go into the story expecting too much of Potter stuff you might be up for a little disappointment. That said as a standalone fantasy book, its quite a nice read.

Fiction is a guilty pleasure where I overindulged a little more this year than I probably should. More of a comfort reading.

The Girl On The Train — A psychological thriller by Paula Hawkins, this one caught my attention as it made it to the top 10 list on Good Reads for 2015 . Set in urban UK, a captive narrative by three women and their different view points of a related series of events, it has various twists, runs and thrills that make it page turner. The book has since been adapted in Hollywood flick by the same name.

The Cuckoo’s Calling — This one was on my to read list for a while for two reasons, First its author, J.K. Rowling, Second the fact that it got so many decisive reviews. Rowling is at her usual best when it comes to character portrayal. Apart form that the story itself was nothing out of the ordinary. However if you like mystery and suspense you will not be disappointed.

The Girl in Cabin 10 — Another one that I picked up from the good reads list, this one from 2016. Set mostly at sea, aboard a ultra luxury cruise it has everything, thrills,chills and action to keep you engrossed for a major part of the plot. The up coming author Ruth Ware does a good job with the various twists, turns and finally wrapping it up in a somewhat expected ending.

Finally, the section that I look forward the most for inspiration, learning and mental rejuvenation.

The Mindful Geek — Around the end of 2015 I had reestablished my meditation routine. The mindful geek was highly rated in my Amazon kindle unlimited reading list. Written by Michael Taft, it is a secular take on meditation and being mindful in general with a modern touch. If you are just getting started or have numerous hours of meditation under your belt or even if just the subject of mindfulness interests you, this is once is a must read. I have since then been a follower of Michael.

Shoe Dog — I have always been inspired by Bill Gates reading list that he does every year. In part, my inspiration of this post this year. I picked up Shoe Dog from his list. Shoe Dog is an honest and candid memoir from the creator of NIKE, Phil Knight. The narration of the NIKE journey from it’s start during the time of war to the brand it finally became along with humorous anecdotes make it an inspiring read.

Super Intelligence — AI is everywhere and if you believe, it is the future of computing. I spent a considerable part of 2016 working with AI, automation, language processing and voice interfaces. Super Intelligence takes a slightly different take on AI and is highly recommend by Elon Musk. Me being a follower of both the technology and Mr Musk I had to add it to my list. I still have not completed it, so I will hold off my verdict on this one, but as so far I have not been disappointed.

So that’s it, 9 books in 12 months. In 2017 I hope I can take out more time to read more and probably make it at least a book every month.