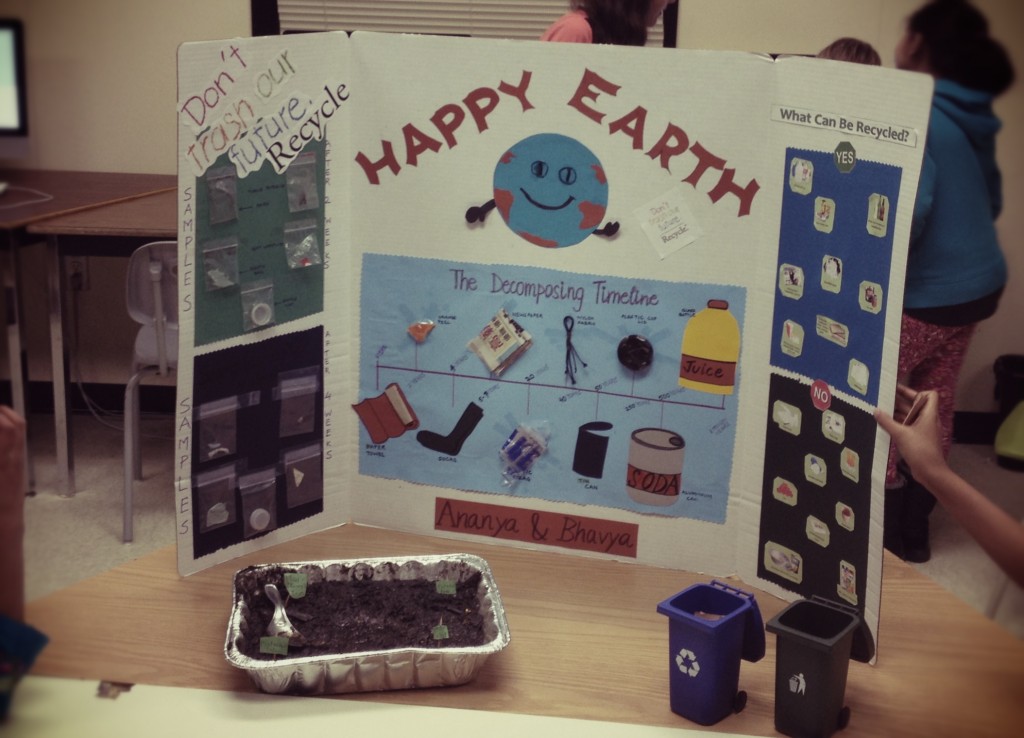 At noon today, I took a break to spend a couple of hours at my daughter’s school to attend an open house Science fair. My expectations, to be absolutely honest were not very high. We ( me & my wife) wanted to be there mainly to encourage the kids including of course my daughter. After all these little kids did work really hard over the last few months, coming up with project ideas, collecting samples, conducting their own little experiments, meticulously recording their observations and making one of the coolest looking charts and PPTs that I had ever seen. At most we expected a few electricity generating potato heads and maybe a couple of solar powered bulbs or water heaters (Don’t get me wrong, those are simple but really effective ways to learn some complex scientific concepts)

All this changed the moment we stepped in. What we really experienced in those two hours was an overload of creativity, innovation and sheer awesomeness.

I mean who would have thought that if you changed the angles of the skies or tweaked a snowboard by exactly 30 degrees the results would be actually amazing? That too as a hypothesis for a 5th grade school science project? That was exactly what we saw, one of the first projects at the science fair. How about a scientific way to differentiate between natural and artificial smells and in that process deduce that women actually have a better sense of smell than men ( I kind of knew that part). The next generation of recycling and landfill decomposition process that is actually earth friendly (My daughter’s project) or maybe designing the optimum green house is something you would fancy? Well, If you still craved more how about reviving an experiment from the 1800′s — The Double-slit experiment with matter and energy using light beams. Perhaps the part that struck me most was the way these kids hacked around common household items to build ‘stuff’ for their experiments and models. It was truly genius. There were so many of them and all of them were both equally creative and innovative. Yes, even the potatoes that generated electricity were done differently.

So why is suddenly all of this is so important or even relevant? While most of us go to extreme lengths in search of that creative spark that drives innovation, sometimes you just need to drop by a school or in other words just learn to think like a kid. Even if it is for 15 minutes a day. I really feel that it is perhaps as important as meditating for 15 minutes a day. Because when you truly think like kid, there are no constraints that cannot be broken, no assumptions that will hold false and probably no hypothesis that cannot be proven.